The Headquarters, a new development in Downtown San Diego with destination restaurants is creating a lot of attention. Nancy Silverton’s (founder of La Brea Bakery) Pizzeria Mozza from Hollywood is one on the anchor tenants there already attracting lots of buzz. It’s the former Police Department Headquarters and there is even an original cell preserved for visitors to see. 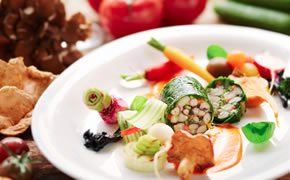