You’ve probably never tasted farm-raised fish like this unless you’ve dined at a Rick Moonen restaurant or at The Meadowood Restaurant. A purveyor to the best restaurants is now serving home chefs with fresh fish on a very limited basis. There is an incredible craft brewery success story in Maui and you’ll hear all about it. They actually package their premium beer in cans! Organic fruits and vegetables are top of the mind. Our resident produce expert, Robert Schueller (The Pastor of Produce) from Melissa’s, is back with an informative update.

Brock Radke is our “in the know” guy in Las Vegas. He’s the respected Food editor for Las Vegas Weekly.

Brock brings us up-to-date on the Vegas dining scene. We’ll find out about the soon to open Linq on The Strip, the 411 on Giada De Laurentiis’ first restaurant in Las Vegas, and a collection of enticing new restaurants in Las Vegas’ Chinatown. 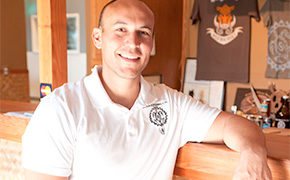 Maui Brewing Co., founded by Garrett Marrero, is a craft brewery based in Maui, HI. As the largest authentic Hawaiian brewery, it currently has one brewery in Lahaina, and one brewpub in Kahana that creates more than 40 different styles on a rotating basis. In 2005 Maui Brewing Co. produced 400 barrels from the single brewpub and expanded into an additional brewery location in 2007, producing a little over 20,000 barrels in 2013.

MBC has remained consistent in the vision, “Handcrafted Ales & Lagers Brewed with Aloha.” The beers have been recognized worldwide for quality and innovation winning more than 100 medals in a short history. MBC was one of the first craft brewers to package their products in recyclable aluminum cans.

MBC is currently in construction to move production to a state-of-the-art brewery in Kihei.

It’s the only Hawaiian brewery with product available in the continental United States where the beer is actually brewed, and packaged, in Hawaii. 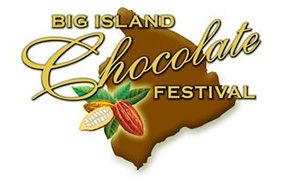 The alluring, rich taste of chocolate, in both its sweet and savory forms, is showcased at the 3rd Annual Big Island Chocolate Festival, May 2 to 3 at the Fairmont Orchid, Hawaii. Headlining the event is “Mr. Chocolate,” Jacques Torres, Food Network celebrity and acclaimed pastry chef from New York. Also appearing is Donald Wressell of Guittard and Derek Poirier of Valrhona USA.

“The Big Island Chocolate Festival is a fantasyland of chocolate.” Says Kona Cacao Association President Farsheed Bonakdar (Bone-ak-dar.) “It inspires our chefs, encourages our island farmers to grow cacao and shows our chocolatiers that chocolate can be a viable business.” Farsheed Bonakdar of KCA is our guest. 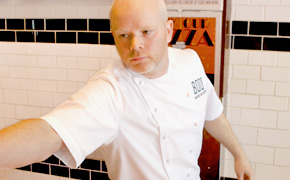 Chef Anthony Carron is the creative force behind 800 Degrees Neapolitan Pizzeria which is growing rapidly with a devoted following. His background is in fine-dining. It started in Westwood in 2011. A “To-Go” branch was added in Westwood. Santa Monica recently opened. Las Vegas, Pasadena, Hollywood, and New York are on the horizon.

It’s thin crust pizza that follows the traditions established in Naples. What’s really different is that once you choose your toppings the pizza is then flash-cooked for about a minute in a wood-burning over at 800 degrees!

“800 Degrees strives to honor the tradition of classic Neapolitan pizza where the integrity of handcrafted ingredients is paramount. We use natural grown California tomatoes, our mozzarella is made for us every day right here in L.A., and our crust is crafted in house from only Italian flour, wild yeast, sea salt and filtered water.” 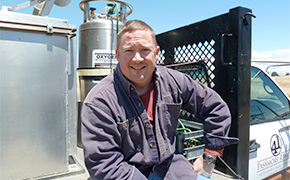 The always colorful Michael Passmore is a fish farmer in Northern California.

Passmore Ranch is a premium freshwater, sustainable fish ranch in California. They started modestly by selling live fish at Northern California farmers’ markets, and their quality and service quickly made them a premier purveyor for top restaurants and Michelin-starred chefs throughout the State and country.

They offer the freshest fish, aged, sized and delivered to order, almost as if chefs were pointing and saying, “I’ll take that one.” They continue to build new partnerships with some of the country’s best chefs, including renowned restaurateur Rick Moonen, three-star Michelin chef Christopher Kostow, Napa pioneer Cindy Pawlcyn, and Dallas chef and “Top Chef” Season 10 contestant John Tesar.

Passmore Ranch offers premium freshwater white sturgeon, black bass, striped bass, catfish, silver carp and trout, plus prized caviar. Most are available in any form a chef would like – live, filleted, special cuts and everything in between – coming straight, as the Passmore crew says, “fresh from our ranch to your kitchen.”

Michael Passmore speaks about the launch of Provisions. “Home Chefs, we’re very excited to bring you our fish and produce, fresh from our ranch to your kitchen just like we do with Michelin starred, James Beard awarded, and just plain great chefs in restaurants around the country.” 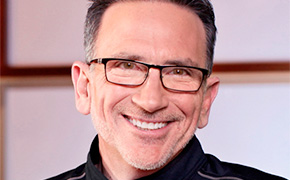 Michael is joined by Chef Rick Moonen of rm Seafood and Rx Boiler Room in Las Vegas. Sustainable seafood is his specialty. Chef Moonen was at Passmore Ranch curing a batch of American caviar. He explains the process. 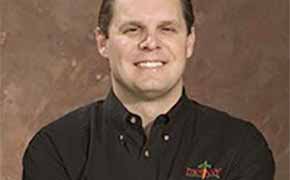 Our resident produce expert, Robert Schueller of Melissa’s World Variety Produce, is back with us to discuss what’s new in organics. Melissa’s is the largest variety supplier of fresh organic produce in the USA. They have been distributing organic produce for over 16 years.

What’s hot? All varieties of organic Kale are at the top of the sales charts currently.