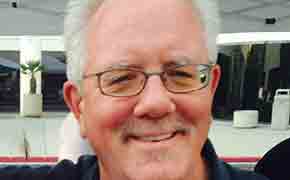 You never know who you may be talking to (or the future impact that casual conversation might have) as Craig Nickoloff (the Founder of Claim Jumper) found out on a breezy Fall Sunday afternoon in the late 90s at South Coast Plaza Village at the finish of a multi-day antiques’ show.

The person that Craig Nickoloff inadvertently befriended was the late Henry Segerstrom’s elderly (but spry) Mother. This ultimately led to the establishment of a Claim Jumper, their flagship (store Number 33,) at South Coast Plaza in 2003.

Nickoloff sold Claim Jumper in 2005. He didn’t stay “retired” for very long. Today he’s the Co-Founder and Co-Owner of the wildly successful Connie & Ted’s in West Hollywood along with partners Chef Michael Cimarusti and Donato Poto.) He’s also the Managing Partner of West Coast Prime Meats which supplies proteins to quality restaurants in California, Nevada, and Hawaii. He’s also associated with his son, Nick, in the growing Nick’s Restaurant Group (Nick’s and South of Nick’s.)