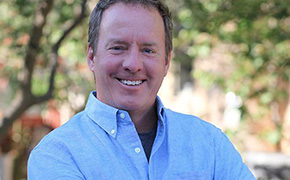 It’s seemingly always tomato planting time somewhere in the U.S. From striped heirlooms to golden cherry tomatoes, and everything in between to be found at your local farmer’s market tomatoes are creating “Tomatomaniacs” everywhere.

Now, Scott Daigre, the founder of the wildly popular, “Tomatomania” annual seedling sale in California, has teamed up with Jenn Garbee to bring the reader a beautiful and fun guide to growing, preparing and cooking tomatoes, with TOMATOMANIA! A Fresh Approach to Celebrating Tomatoes in the Garden and in the Kitchen.

“I want people to grow tomatoes,” says Daigre, “but I wanted to create a book that guides people in a fun way, and not get so serious about success. It’s about the challenge – and sometimes it IS a challenge.” Daigre doesn’t sugar coat things, either. TOMATOMANIA! is a reality gardening book. Sometimes you’ll have a good year, sometimes…not so good. But Daigre makes sure anyone, from beginner to seasoned gardener, will have fun while they try.

Scott is performing a cooking demonstration at the L.A. Times Festival of Books, Saturday afternoon, April 18th at 3:30 p.m. on the Cooking Stage.

Scott Daigre is our guest.