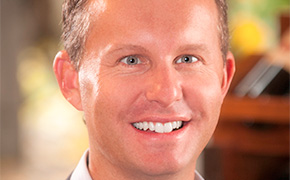 The about-to-be-discovered “Lodi Wine Country” is one of California’s major winegrowing regions. It’s located 100 miles east of San Francisco near the San Joaquin/Sacramento River Delta, south of Sacramento and west of the Sierra Nevada mountain range. Lodi is characterized by rural atmosphere where wineries and farms run by 4th and 5th generation families operate in tandem with a new group of vintners who have brought creative winemaking and cutting–edge technology to the region.

In Lodi, grape growing is inextricably woven into the culture : the city of Lodi’s police department prominently features a grape cluster in its logo, and high school teams are named after grape varieties.

Lodi has been a major winegrape growing region for over 150 years. Unlike many U.S. wine regions, Lodi actually prospered during Prohibition and as such has been a continuous source of wine grapes since the 1850s. In fact, when early trappers wandered into what is now Lodi, they called one stream they discovered “Wine Creek” because of the proliferation of wild vines found there. As more and more Italian and German immigrants made their homes in Lodi, vinifera varieties such as Zinfandel, Tokay, and Alicante appeared by the 1880s.

Camron King, the Executive Director of the Lodi Winegrape Commission joins us with all the exciting 411.