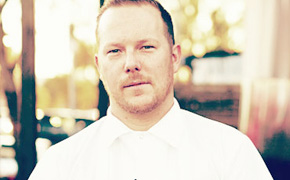 Chef Neroni’s memories of Maine summers and precious time bonding over food with family led to the conception of Catch & Release. Neroni has honed his culinary craft in kitchens all over the world, and these experiences are evidenced by the international influences on the menu. The range is from French bouillabaisse to Spanish paella. Catch & Release, while finding its providence in Maine, retains the California sensibility for which Neroni has become known, serving seasonal seafood and vegetables, whenever possible, from local and sustainable sources.

As a 16-year-old kid from Orange County, Neroni got a job working in Disneyland’s Club 33. There he discovered a love of, and aptitude for, the kitchen that would set him apart. His newfound interest and abilities took him north to Chez Panisse, where he worked the line for a year and began his career-long reverence for responsibly sourced ingredients.

Neroni’s next project with Sprout L.A. is a reimagining and refreshening of The Rose Café in Venice. It will be known simply as “The Rose.”