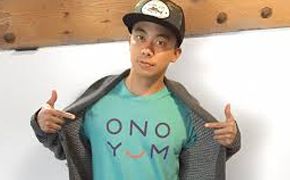 The 4th Annual I Love Poke Festival tasting event and competition returned to Orange County on Sunday June 28th at The Hilton Waterfront Beach Resort in Huntington Beach. The foodie festival and chef competition invites poke connoisseurs and newcomers to celebrate the Hawaiian delicacy, lifestyle and culture as chefs compete for the title of “Best Poke.”

“It’s going to be another delicious Orange County event,” says Nino “Neens” Camilo, producer of I Love Poke and founder of ONO YUM. “Most of the chefs competing this year are first place winners from past festivals, so they’re accustomed to winning. This will be the most competitive festival so far.”

The I Love Poke Festival will feature 10-12 Orange County chefs competing for the title with their unique versions of the popular fish dish. Notable participants include James Harris of 370 Common, Shawn Gole of North Shore Poke Co., Ben LeFleche of Shades Restaurant & Bar, and Julio Hawkins of Fly-n-Fish Oyster Bar. The champs of the 2015 San Diego “I Love Poke Festival” (Zarlitos) will also be in the OC competition.

“Poh-kay” means to cut or slice and is traditionally prepared as a raw salad of fish, sea salt and any number of preferential ingredients. Festival-goers will get to sample the poke as a panel of judges evaluate each dish based on presentation, quality of ingredients and flavor, to crown the winner.

Producer Nino “Neens” Camilo joins us with all the 411.