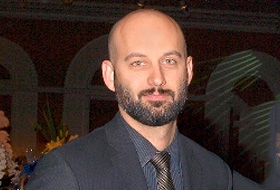 Some big deal new restaurants opened in Las Vegas (both on and off The Strip) toward the end of last year. And our own Brock Radke from Las Vegas Weekly has the scoop.

Every Strip Hotel has a gourmet burger spot these days so Gordon Ramsay is in on that action, too, with Gordon Ramsay BurGR at Planet Hollywood. Brock recommends their burgers and thinks it’s a fun lunch experience for the Family that won’t break the bank.