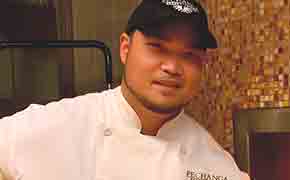 Kelsey’s is the long-running sports bar at The Pechanga Resort & Casino in Temecula. After a $2.5 million and nearly four-month renovation, Kelsey’s has transitioned into an upscale American pub with an emphasis on hand-cut, barbecued meats and craft beers. It now seats 303 guests but doesn’t feel cavernous.

Guests will immediately notice the industrial brick, concrete, exposed and reclaimed wood, juxtaposed with delicate glass and velvet textures as a major departure from the cherry-stained wood furnishings and closed-in booths that defined the restaurant’s prior look.

In developing the new menu, Kelsey’s culinary team initially conducted several guest polls. People were asked what kind of food and new concepts they would like to see in a new restaurant. The barbecue and craft beer theme surfaced repeatedly in the results.

“From there, we went to work developing recipes and methods for smoking and barbecuing meats, crafting sauces, and adding a few other items like gourmet burgers and pizzas we know guests in this restaurant appreciate,” said Kelsey’s Head Chef, Ronnel Capacia. 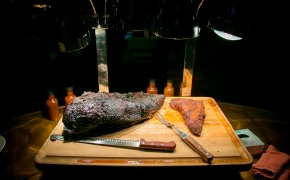 With 10 “From the Smoker” items and 14 southern specialty sides gracing the menu, Capacia and his team are confident diners will enjoy the new dishes. Other selections include several hearty salads and wraps, steak and seafood, and the beloved wood-fired, handmade pizzas held over from Kelsey’s pre-facelift menu.

There are now 48 beers on tap at Kelsey’s. All except three are craft or microbrews, and most are from Southern California-brewed breweries. Temecula is known for wines but there are now a handful of serious craft brewers there, too. Temecula’s Refuge Brewery is represented at Kelsey’s with their acclaimed Blood Orange Wit. A happy accident for them which has now become a huge hit in the area and way beyond.

A newer concept for casino restaurant table seating, Kelsey’s offers an indoor patio adjacent to the casino floor allowing guests to be next to the energy and excitement of slot machines and table games. Kelsey’s is open every day.

Ronnel Capacia, Kelsey’s Chef, joins us with the overview with Todd Montgomery providing the photgraphy.