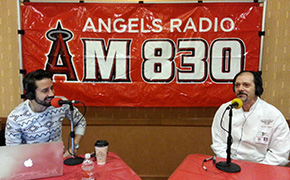 Bruno Amato is the new head chef of the popular Paisano’s Italian Restaurant at Pechanga Resort & Casino. A native of the Calabria region of Italy, Chef Amato injects his innate knowledge of traditional Italian fare and flavors to make Paisano’s dishes approachable, contemporary, and authentic to his home country.

Bruno Amato grew up in the 7,000-person town of Nicotera in Calabria, Italy. A popular fishing village, Bruno enjoyed casting ropes and hooks from rocks into the ocean to catch seafood. During his childhood, his mother worked in a neighborhood restaurant kitchen. After school and on weekends, Bruno went to the restaurant to help her. This would be his first taste of culinary life, and he would later develop an affinity for cooking fish. From the dishwashing station, he watched the chefs work frenetically creating their specialties. He continued to assist his mom and when he was 14, decided culinary was the direction he would take his career.

After high school, he enrolled in culinary school, free for all interested students in Italy. Following graduation, he moved to Guestalla, Italy to become a line cook. His subsequent gastronomic tour of Italy lasted 20 years and took him to Ostia, Milan, Rome and other well-known locales, working at some of the top restaurants and resorts in the country.

“I love cooking for people because it gives me the chance to improve myself every day,” said Amato. “When the food goes to each table, I watch the customers’ faces. To see their reactions makes me happy.”