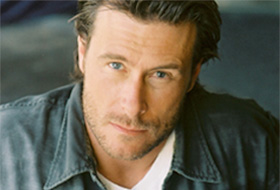 Since Dean’s initial visit on the show he advanced to the finale competing against singer Carnie Wilson of Team Rachael for the $50,000 grand prize awarded to their favorite charity. There were more than a few speed bumps along the way to the finale.

Dean readily admits he has a tendency to over-cook.

His dessert was a rich, grilled pound cake with macerated berries. One of the judges, one of the most acclaimed pastry chefs in the country, Nancy Silverton, had high praise for this creation.

In the end, by one vote, Dean won the competition and $50,000 for Miracle Babies. Well done, Dean…

Since the competition he’s done Paula Dean’s Food Network show and will soon be in an episode of “Guy’s (Fieri) Big Bite.”

His first cookbook is in the writing stage and he hopes to do a pop-up dinner with Chef Jet in the coming months.