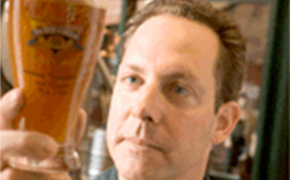 In 2011, beer enthusiasts Meg Gill and Tony Yanow founded Golden Road Brewing to bring fresh beer to the local market in the most sustainable way possible.  Golden Road is committed to engaging and supporting the growing community of socially-minded beer enthusiasts

Golden Road’s year-round offerings include Point the Way IPA, Golden Road Hefeweizen, Get Up Offa That Brown and Wolf Among Weeds IPA. Along with the core beers, Golden Road brewers are constantly experimenting with the freshest ingredients through a collection of rotating, seasonal and limited-edition brews including the Custom IPA Series, a line-up of diverse, hop-forward IPAs.

VIP tickets (with early access) are $65 and General Admission is $50. Designated Driver tickets are also available.

In addition to dozens of highly regarded craft beers to sample the Pechanga chefs are all in competition to wow the guests with their distinctive chili creations. There will be eight varieties of chili to enjoy and the crowd favorite (by popular vote) wins the trophy for “Best Chili at Pechanga.” You can be sure the highly competitive chefs at Pechanga are “in it to win it.” The defending chili champ from last year, Chef Marlene Moore of the Temptations Food Walk food court at Pechanga, encores to defend her coveted title.