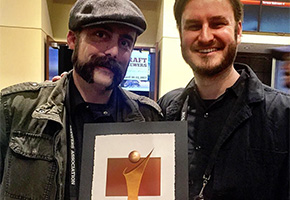 Riverside’s Wicks Brewing Company is one of the largest brewpubs in the Inland Empire with 16 taps, a great rotating guest tap and bottle list, crave-worthy food, live entertainment and one of the only Brew-On-Premise (BOP) systems in California!

The taproom showcases a 6 station Brew-On-Premise (BOP) system which allows guests the opportunity to brew their own beer under the personal guidance of one of The Wicks’ brewers. A craft beer aficionado can come in and work one-on-one with a Wicks brewer to create their own custom style and flavor profile of craft beer. The guest comes back in a month to bottle the finished beer with personalized labels. The one keg of fresh craft beer makes about 6 cases of 22 ounce bottles. What fun…

Ryan Wicks is also the Vice President of the Inland Empire Brewers Guild and Brian Herbertson is the Event Chairman. Their inaugural Summer Send Off Beer Festival is Saturday, September 17th at Riverside Municipal Airport.

The Inland Empire Brewers’ Guild is a 501c6 non-profit organization whose mission is to both promote and celebrate beer culture in the Inland Empire.