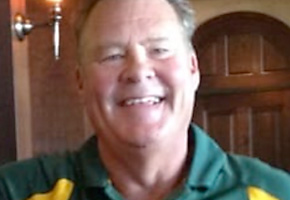 Rooney’s Irish Pub and Shanty Irish Brewing Co. are the pride of Orcutt, CA. Also famous (Orcutt) for “Old Maud,” a gusher of an oil well discovered there in 1904. With a superb culinary team, Rooney’s is recognized as a “gastropub,” known for its excellent gourmet pub fare.

Rooney’s is also a ‘brewpub,’ proudly introducing the area to freshly made craft beers. Rooney’s turns out some of the freshest ales; Ambers, Blonds, Porters, IPA’s and other seasonal specialty ales, lagers, and pilsners. Rooney’s also offers an extensive ‘cellar’ list of fine craft brews, sharing Tim’s love of some of his other favorite breweries.

“Being of Irish heritage, I have always loved everything Irish. Much of our inspiration developed as our family traveled to Ireland where we toured much of the Emerald Isle. I’m not sure if we missed many Irish pubs along the way, but we loved the people, countryside, and “craic,” as they say. “

“Our love for craft beer began in the early 1980’s where finding anything beyond the basic lagers was difficult. Finally discovering Sierra Nevada, Anchor Brewing, and Sam Adams it opened a new world of freshly made, hoppy greatness.

“For as many Irish pubs we have visited, we have probably discovered more craft breweries, brewpubs, and micro brews throughout California and beyond. Our love for both had us filling a need in the Santa Maria Valley; an Irish Brewpub! Although the original vision was that of a small humble establishment, Rooney’s opened in July of 2010, and has been recognized as one of the most beautiful and authentic Irish pubs on the Central Coast. “

There is no better place to eat well, drink deep, and celebrate every good day than at Rooney’s Irish Pub, where “There are no strangers, only friends we’ve never met.”

Proprietor Tim Rooney moves out from behind the long bar and is our guest.