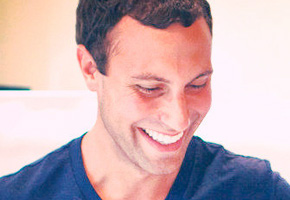 It’s time for barbecue. The South’s Best Butts: Pitmaster Secrets for Southern Barbecue Perfection by Matt Moore (the quintessential Southern cook) will delight home cooks with the long kept secrets behind some of America’s greatest ‘cue. He is also the author of the well-received, A Southern Gentleman’s Kitchen.

Using the almighty pork butt – long considered to be one of the South’s most revered cuts – as his cornerstone, Matt leaves no pits, ovens, grills, or smokers unturned, as he interviews the famous and not-so-famous pitmasters of America’s Southern barbecue region for the techniques and recipes that have made their barbecue some of the most sought after from Texas to Tennessee.

The Smokehouse Stories and Recipes section alone from 12 pitmasters throughout the South is worth buying the book for. For instance, The husband and wife team (Cody & Jiyeon) at Atlanta’s incredibly popular Heirloom Market BBQ (housed in just 720 square feet) creates traffic jams on the surrounding streets for their Korean accented ‘cue !

While pork butt is the star here (according to Matt, “True Southern BBQ has one and only one common denominator : pig.”) , the book includes almost every rub, sauce, and grilling technique for the sought after cut. The South’s Best Butt’s also features everything from Smoked Turkey Sandwiches to Pork Belly Tonkatsu Ramen to Fried Banana Pudding and all of the starters, sides, and desserts in between within its 150 plus recipes.

The son of a cattleman and a grandson of a butcher, Matt Moore is the quintessential Southern cook.