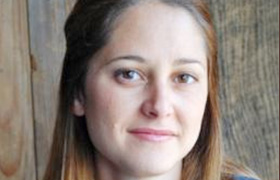 Chef Brooke made all of SoCal proud on February 28th as she competed in the intense finale of “Top Chef-Seattle,” which was Season 10 for the popular series. This was a 2-part conclusion done before a live audience at Head Judge Tom Colicchio’s Craft in Century City.

When the smoke had cleared on her 5-course cookoff  Brooke came up as the runner-up which is still an incredible achievement! Every year the level of competition on “Top Chef” gets tougher and tougher.

Some of her “Top Chef” dishes will become new specials at Hudson House. The Tripel is a casual, neighborhood gastropub (30 seats) with 14 craft beer selections available on tap at any time and simpler, satisfying fare.

One of her earned perks is that Chef Brooke has just been added to “Top Chef: The Cruise” on the Celebrity Constellation sailing from Miami from April 11th to 15th with stops in Key West and Cozumel.