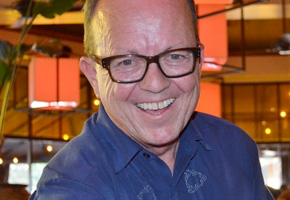 “In the Lounge the lively sound of handcrafted cocktails being shaken provides the backdrop. These tequila libations utilize freshly squeezed juices, house-made infusions, and fresh seasonal fruit. A variety of popular and boutique wineries from the Central Coast, Spain and South America also add a great complement to any meal.”

Don Myers started his restaurant career at the young age of fourteen in Tucson, Arizona at the fifty-year-old Casa Molina Mexican Restaurant. He graduated from the University of Arizona and was a four-year varsity athlete and competitive international gymnast.

In 2008, Don created P&D Restaurant Concept that now boasts two award-winning restaurants. He was later featured in OC Metro and named the “Unofficial Mayor of Brea” in 2013 for his leadership role in the revival of Brea Downtown. In 2014, Myers and his business partner Peter Serantoni were named Orange County Business Journal’s Restaurateurs of The Year.