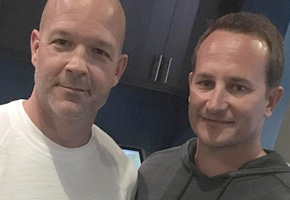 Every dedicated home-brewers’ dream is to create a craft beer that is appealing enough to go into commercial production. Viceland’s “Beerland” with host Meg Gill of Golden Road Brewing makes that dream a reality. For Season 2 Meg traveled to four US cities/regions and sought out the best home-brewers. Season 2’s travels included field trips to home-brewers in Portland, Alabama, Detroit and Florida.

Each finalist in those cities then competed at Los Angeles’ Golden Road Brewery in the Finale to decide the winner of “Beerland” Season 2. This was based on a panel of judges’ decision as well as a popular vote of attending craft beer enthusiasts. Meg Gill then made the final call.

The winning team of home-brewers and professional lifeguards from Sebastian, Florida, Michael Flinn and Jonathan Billings, join us.