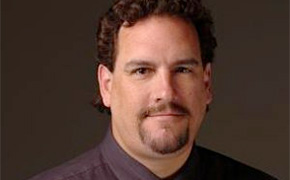 Tampa is a fascinating food town partially due to the strong Cuban influence. Many artisan Cuban cigar makers settled there.

Jet was there recently and his food guide was the incomparable Jeff Houck. Jeff directed him to a 56-year old Tampa classic, Bern’s Steak House. Jeff affectionately refers to it as the “Legoland of local architecture” because it was added on to over the years with over-the-top rooms as its success and prominence grew! Their wine cellar is one of the largest in the United States as the proprietors have been adding to the cellar for decades. They love to collect…To keep things moving in the main dining rooms they even have an upstairs dessert room! It’s a must for carnivores visiting Tampa, and surely one of a kind.

You can’t miss a Cuban sandwich when you’re in Tampa. The secret is the authentic Cuban bread that comes from one bakery. Jeff recommends both the West Tampa Sandwich Shop and the original Columbia in Ybor City as two of the very best.