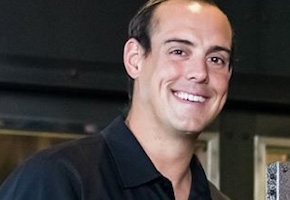 3rd generation restaurateur Andy Baumann of Tom Ham’s Lighthouse previews the event. He is the Restaurant Chair for San Diego Restaurant Week as part of the San Diego Chapter of the California Restaurant Association.

“Tom Ham’s Lighthouse, a classic seafood restaurant, opened for business in 1971. An actual functioning lighthouse, known as Beacon #9 on any USCG Nautical Map, was incorporated into the design. The result is one of San Diego’s best- known architectural landmarks.”

“Besides the Lighthouse, Tom Ham’s is also famous for its eye-catching vistas of the San Diego Bay, Coronado Bridge and San Diego skyline. Today, the restaurant is operated by a second and third generation of Hams who continue the tradition of fine dining and exceptional service that represents a culmination of the interests and visions of the Californian whose name it bears.”