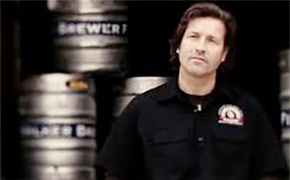 Back in 1996 David and Adam Firestone had this crazy idea to ferment ale in 60 gallon oak barrels reviving a style of brewing ales in England from some 150 years ago. Their first effort was the now popular Double Barrel Ale, the signature of the brewery. The brewery is now located in Paso Robles.

On Father’s Day, Firestone-Walker Brewing in concert with Food GPS is hosting a Father’s Day Collabrewtive Brunch at Lot 613 in Downtown Los Angeles from 11:30 a.m. to 2:30 p.m. In addition to the craft beer sampling six food stations will be there featuring the creations of top local chefs including Daniel Mattern and Roxanna Jullapat of Cooks County.

Coffee-infused beers will be on the menu, too, specially created for the event by the brewmasters working with master coffee roasters. Firestone-Walker is matched with Intelligentsia Coffee.