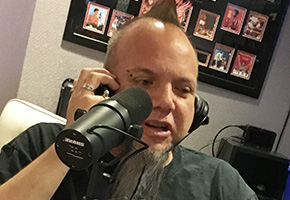 One of our most reliable sources of key restaurant news in Las Vegas is Al Mancini, who is a staff writer for The Las Vegas Review Journal covering food, restaurants and other aspects of entertainment. Al has been working the Vegas food scene since 2003. He was one of the creators of the popular, and widely referenced, Eating Las Vegas restaurant guide series.

Al has just visited Honda Center for the first time catching the Vegas Golden Knights on the ice and also done some local dining. We’ll get a morsel by morsel report from Al (in-studio) along with Vegas dining doings.

The big Vegas Dining News is that Chef Sheridan Su of the acclaimed Flock & Foul in Downtown Las Vegas was just named a semifinalist for Best Chef: West for The James Beard Foundation Awards. Finalists will be announced in Houston on March 27th.