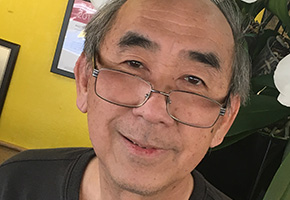 The James Beard America’s Classics Award is given to locally owned restaurants that have timeless appeal and are cherished for quality food reflecting the character of their community. The five 2019 honorees join the ranks of over 100 restaurants from across the country that have received the award since the category was introduced in 1998.

The Tran Family’s Pho 79 is a 2019 Honoree as an America’s Classics. This honor represents the first James Beard Foundation Award ever presented to an Orange County Restaurant or Chef!

“Orange County, California, claims one of the most vibrant Vietnamese-American communities in the country. Pho 79 was founded by Thọ Trần and Liễu Trần who opened in 1982, when it was among the area’s very first restaurants of its kind, introducing Americans to bowls of slippery rice noodles in beefy broth, topped with eye of round steak, brisket, tripe, meatballs, or the restaurant’s justifiably legendary oxtails. With chef Lieu Trần in the kitchen, Pho 79 helped pave the way for southern California’s Little Saigon to become the dynamic hub of Vietnamese cuisine it is today. The next generation of the Trần family continues to operate the restaurant, as well as others in the area including Pho 101. The family’s story is as much about intrepid entrepreneurship and excellent cooking as it is about a community that rose from war and displacement to forever change American cuisine.”

The Tran Family’s other Pho restaurant is Pho 101 in Westminster.

Do keep in mind it’s cash only.