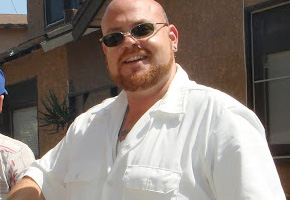 The 6th annual Stu and The Kids Flavors of Asia Food Fest Fundraiser, an exceptional Thai-flavored Food & Wine Festival hosted by Chef Stuart Skversky with the help of his friends, returns to Vibiana in Downtown Los Angeles on Sunday, August 4, 2019. The event is a rare chance to experience original dishes created by Los Angeles’ Asian-food-loving chefs expressed through Far East influences and personal styles that have impressed guests since the inception of the event in 2014. All of the proceeds from this event are used towards scholarships for university education to help underserved and orphaned Hill Tribe kids in Chiang Mai, Thailand.

“In 2009, Stuart Skversky, a graduate of the Culinary Institute of America and rising-star chef, made a dramatic life change by giving up a promising culinary career in Los Angeles to move to Chiang Mai, becoming a full-time volunteer at the Wat Don Chan (a local Buddhist temple), teaching local children English, cooking and baking. Recognizing a need to help prepare these at-risk Hill Tribe kids following their graduation, he founded Stu and The Kids to better prepare them for adulthood, help them get into a university or technical college and give them the tools for an independent future. Funds raised go directly to the children’s education, school uniforms, supplies, housing, food and tuition for higher education.” 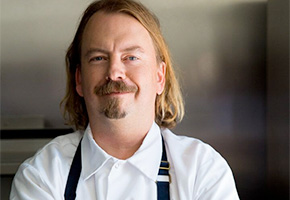 “Now in their ninth year of fundraising throughout the world, Stu and The Kids has raised over $658,000 for the charity, including last year’s astounding record of $164,000 accumulated from the Los Angeles festival, in addition to fundraising on the east coast and online donations during 2018. Stu and The Kids supervises thirty-six kids, including sixteen that received 4-year scholarships in 2018 to support education and jobs in accounting, business management, in-home elder care, cooking and fashion and textiles and two with continuing 2-year master degree programs. The charity hopes to increase the awards to twenty more four-year university scholarships in the coming year.”

VIP ticket purchasers will have early entrance at 2:30 p.m. to meet and chat with the chefs and receive a Stu and The Kids tote bag filled with special gifts including a signed copy of Jet Tila‘s new cookbook, 101 Epic Dishes, a collectible Stu and the Kids baseball hat and much more.

Chef Stu and Host Chef Neal Fraser of Redbird and Vibiana crack the coconut for us.