It’s not, with profuse apologies, for dieters. If we’re successful we will always leave you incredibly hungry and thirsty. In our case that’s probably a pretty good thing… As always, we greatly appreciate you being a part of our loyal listening audience. Couldn’t do it without you. 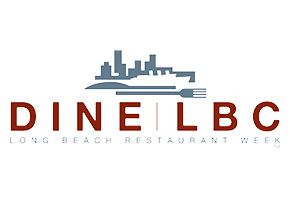 Navy Proof Food & Spirits, located in the Westin Long Beach, is their newly debuted destination restaurant. A concept created by Howe & Brown Hospitality, the restaurant offers locals and travelers alike new-American fare and craft cocktails with bold flavors. Inspired by the history of maritime traditions and the sea, the cuisine emphasizes technique and texture to highlight the versatility of seasonal ingredients and locally-sourced seafood and meat. We gently pull executive Chef Chris Garasic out of his busy kitchen for a chat.

We’ll get updated on Michael’s on Naples with Chef Eric and preview their DINE LBC menu.

For the 2nd year the nifty Kynbo App is available as a genuinely useful tool for effortlessly navigating DINE LBC – Long Beach Restaurant Week. Kynbo is the direct access for getting up-to-date menu info and photos for DINE LBC Long Beach Restaurant Week. It’s available to download for free on either smart phone platform or via their Website. Co-Founder Thao Doan joins us with the intriguing specifics.

San Pedro’s Crazy Fish Grill and Market in Garden Village center is new to DINE LBC. Crazy Fish was founded by a group of five guys who share a “crazy” passion for fresh seafood. We’ve reeled in partner Dannesh Alam to explain more…

The Westin Long Beach is celebrating the completion of an ambitious $23 million renovation which includes the debut of their destination restaurant, Navy Proof Food & Spirits. The refreshing includes a spacious lobby and revitalized guest rooms. Managing Director John Thompson (J.T.) is our hospitable guide.

A great way to be introduced to the foods of a new area is to partake of the highest rated food walking tour of that neighborhood. Beach City Food Tours has been doing that very successfully in Long Beach for the last couple of years with their flagship tour, Downtown Long Beach Walking Tour. Last year they added the irresistible East Village Craft Cocktail Tour. Proprietress Layla Ali-Ahmad joins us with all the tempting details of what’s on the menu.