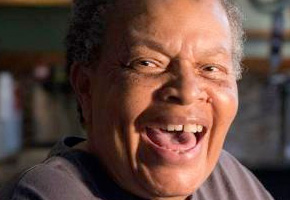 Word-of-Mouth favorite Georgia’s Restaurant has been serving up Southern “soul-delicious” cuisine for the past five years in Anaheim at The Anaheim Packing House, while reimagining and redefining the public’s perception of Southern Soul Food. Now, Georgia’s Restaurant is extending their family and celebrating their fifth anniversary with the Grand Opening last month of their second location at the new Long Beach Exchange (LBX) .

“Georgia’s Restaurant does not stem from the deep south, but instead a suburb of Philadelphia where high school sweethearts Gretchen and George Shoemaker decided to leave the Keystone State and head west, settling in Lake Forest, CA. It was in their home, where George and Gretchen raised their three daughters, that Gretchen began her successful catering business built on family recipes that delivered a true home-cooked experience. Early every morning, Gretchen would rise to get a start in the kitchen with George by her side playing sous chef, as tunes of Teddy Pendergrass wafted through the air, harmonizing with the sweet and savory aromatics of Gretchen’s Southern soul cuisine.”

“Then, after the untimely passing of George Shoemaker in the early 1990s, everything came to an abrupt halt as the Shoemaker family rallied around one another and Gretchen’s catering business was put on hold. Twenty years later, with all three daughters grown, second daughter Nika Shoemaker-Machado and her husband Marlon Machado approached Gretchen, now known to most as Nana, to all come together and fulfill her lifelong dream of sharing her food on a much grander scale than ever before and they introduced Georgia’s Restaurant, a Southern Restaurant that celebrates authentic Soul Food, while sharing Nana Gretchen and the Shoemaker family’s story of survival, community and love.