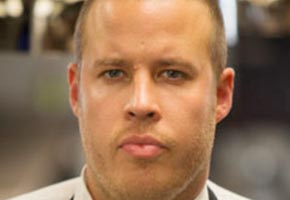 Originally from Tomball, Texas, Jason Paluska, the Executive Chef of The Lark in Santa Barbara’s Funk Zone (an Acme Hospitality property,) began his cooking career in San Francisco under chefs Mitch and Steve Rosenthal of Town Hall, Salt House and Anchor & Hope in 2006. Jason went on to became a sous chef at Michael Mina’s RN74 in San Francisco. For four years he worked under renowned chef Jason Berthold, formerly of the French Laundry & Per Se.

In 2013 he left the Bay area and moved to Santa Barbara as the opening executive chef of The Lark restaurant for Acme Hospitality. Most recently Jason and his team at The Lark received the Michelin Plate award in June of 2019.

We entice Chef Jason out of the busy Lark kitchen for a chat.