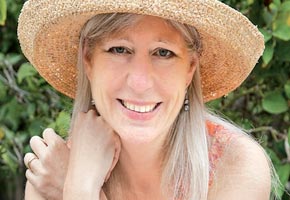 Edible Santa Barbara is a quarterly magazine entirely locally owned and operated. “And with our membership in Edible Communities, we are able to combine the synergy of a national publication and a hip, locally written insider’s view of the food and beverage producers and purveyors throughout the region. We shine the spotlight on our exemplary farmers, fishermen, ranchers, winemakers and community food programs—we savor the delicious diversity of Santa Barbara.”

“Santa Barbara County has its own unique food traditions—from Santa Maria Barbecue to Santa Barbara Spot Prawns and the world class local wines that accompany them. And our region’s commitment to healthy living has long been on the forefront of what people eat.”

“There is a growing national movement that is encouraging people to eat more locally grown and locally produced foods. By eating locally, we help sustain the small family farms that grow these foods and we enjoy food that is fresher and healthier for us and for our environment.”

“Krista Harris (Editor & Co-Publisher of Edible Santa Barbara) is a fifth generation Californian who was born and raised in San Diego. She moved to Santa Barbara to attend UC Santa Barbara, fell in love with area and has lived here ever since. Her first job was working for a local newspaper and since then she has worked as an editor, graphic designer and creative director in the corporate world. But local food has been her passion since she first started shopping at farmers markets in the mid- 1980s. In 2009 she started Edible Santa Barbara, a food magazine devoted to local, seasonal and sustainable food. Krista holds a B.A. in Film Studies from UC Santa Barbara.”

“Krista is active in the community, is a board member at Fairview Gardens, and serves on the Partnership Council of the Community Environmental Council as well as is a member the Santa Barbara Culinary Experience Advisory Committee. She can still be seen shopping regularly at the farmers markets with Steve Brown, her husband and co-publisher of Edible Santa Barbara.”