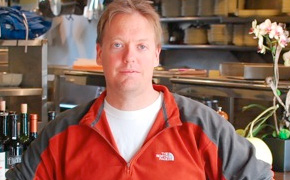 Regulars to the show know that Chef Jet is a huge fan of Cook’s County in Los Angeles and dines there often. Starting this month (every Tuesday) it’s their inaugural California Craft Beer and Food Festival.

Chef/Proprietor Daniel Mattern has invited seven of his favorite breweries to come pour their beer selection at the “California Craft Beer and Food Festival” at Cook’s County. The series of beer-centric dinners will take place on Tuesday evenings from August 6th to September 24th. Menus will be tailored around the different craft beers and many dishes will be prepared using beer as a significant ingredient. Each evening’s menu consists of five courses, and all courses, including dessert, will be thoughtfully paired with beer.

Daniel’s talented wife, Roxana, is the pastry chef. They shop at three local Farmers Markets during the course of each week to bring the freshest, local produce of the season to their menu.