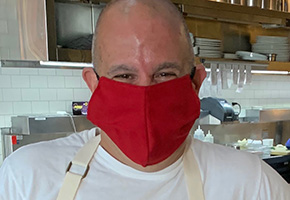 “At Connie and Ted’s you’ll find simply prepared fish and shellfish, inspired by the classic clam shacks, oyster bars, and fish houses, that dot the New England Seaboard and the Western Coast.”

During the ban on dine-in Connie & Ted’s has been serving guests with a full menu prepared To-Go & via delivery through TOCK.