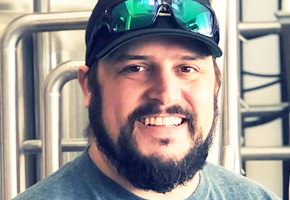 Riip Beer Co. is located in Sunset Beach, a historic sub-district of Huntington Beach, California directly on Pacific Coast Highway across the street from the Beach & the Bolsa Chica Wetlands. Riip Beer Company started modestly as a Home Brew Operation on a 20 Gallon Brew Sculpture by More Beer in a small garage in Downtown Huntington Beach, California.

“Founded by two Brother-in-Laws in 2014, Riip Beer became one of Southern California’s first Nano Breweries to hit the rapid growing craft beer scene producing some of the best small batch, hand crafted ales in Orange County. Riip Beer was built organically from the ground up, the same way they craft their beers.”

In 2016 Riip Beer Company for the first time ever entered the prestigious GABF (Great American Beer Festival) competition and received a Silver Medal for it’s Super Cali IPA in the uber competitive American IPA category. Brewed on their 3bbl system Riip Beer became the smallest brewery to ever win a GABF in the American IPA category with over 400 entries from around the globe.

The winning tradition has continued under the direction of Brewmaster and Director of Brewing Operations, Ian McCall who is a Huntington Beach resident. Ian joined Riip Beer Co. (a bit over 2 years ago) from Beachwood Brewing where he was lead brewer of their Long Beach facility.