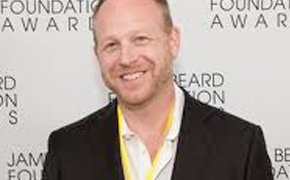 Surprisingly Chef Andy Ricker is not from Thailand but as an accomplished restaurateur he’s found great success recreating the flavors of Northern Thailand which he really fell in love with during an extensive visit in 1992. He started with a modest restaurant in Portland, Oregon and his growing empire now extends to Brooklyn.

The original Pok Pok in Portland became a must-stop destination for visiting foodies after being profiled on Food Network’s “Diners Drive-ins and Dives.” In 2011 Andy was bestowed the honor of “Best Chef – Northwest” from The James Beard Foundation.

Just out from Ten Speed Press is Pok Pok : Food and Stories from the Streets, Homes, and Roadside Restaurants of Thailand. Particularly helpful are the writings on what differentiates the various regions of Thai cuisine. The book also contains suggestions for complete menus using the various recipes.