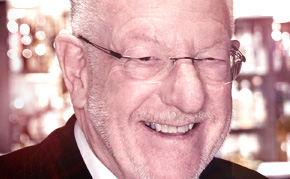 Oscar Goodman is the colorful immediate past Mayor of Las Vegas. During his three terms as Mayor he liked to refer to himself as the “Happiest Mayor in the World.” He proudly drinks at least one gin martini a day and on official business he used to travel with two gorgeous Las Vegas Showgirls with one on each arm. His wife, Carolyn, the current Mayor approves.

Oscar was with us to discuss his leadership role in reawaking Downtown Las Vegas, his new autobiography, and his upscale steakhouse at The Plaza in Downtown.

When it comes to big city Mayors in the USA Mr. Goodman is surely a colorful original. Mayor Goodman current serves as the official Goodwill Ambassador for Las Vegas. He observed that he’s still proud he always did it “his way.” Absolutely no regrets…