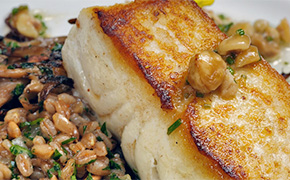 Chef Brian very honestly explains how he paid his dues during his 20s and 30s before becoming the executive chef at The Oceanaire Seafood Room in San Diego. That eventually led to his casting on Bravo’s “Top Chef.” After his success on “Top Chef” he stayed at Oceanaire for another 18 months before going out on his own.

He’s surprised that so many young people graduating from culinary schools today think they can just walk into being celebrities on food TV without a proper culinary foundation and a lot of luck.

He also talks about the practical value of public relations as it applies to building a chef’s brand.