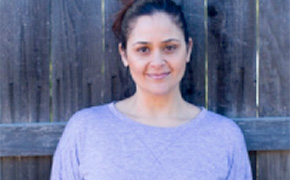 For a chef with as much media exposure as she has received Antonia Lofaso is refreshingly low-key. Her name is not even on the menu for the two successful restaurants in Los Angeles that she is both executive chef & partner of. The popular restaurants are Black Market Liquor Bar in Studio City and, the newest, Scopa Italian Roots in Marina del Rey, her loving homage to Italian-American red sauce cooking.

You first met Chef Antonia on Bravo’s “Top Chef” Season 4 set in Chicago. Two years later she was invited back to compete on “Top Chef All-Stars” where she battled hey way into to the finals.