James Republic combines modern sensibilities with old-world principles to afford a genuine gathering place for the neighborhood and a distinctive dining destination in the heart of Long Beach. Weekend brunch on the patio (Saturdays and Sundays) is a popular attraction for the locals.

James Republic is one of over 50 restaurants participating in EAT LBC – Long Beach Restaurant Week running from March 30 to April 5th.

The style of food at James Republic is what they call “modern California coastal” dining. The goal is to highlight the season’s vibrant, locally sourced bounty from both the land and sea. Look for the upcoming farmers’ dinner series where guest farmers will be in attendance on evenings where their produce is the star of the menu. 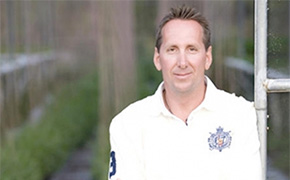 The Chef and Partner is Dean James Max whose base is in Florida. His flagship is 3030 Ocean restaurant in Ft. Lauderdale. He has been nominated for James Beard Awards, has authored two cookbooks, and has the honor of cooking at The Beard Foundation in Manhattan regularly.

He now has restaurants in Columbus, Ohio; Grand Cayman; Cleveland; and Trumbull, CT.

In Los Angeles, Chef Max is remembered as the owner/chef of Woodside in Brentwood in the late 90s. It was highly regarded and well-reviewed.