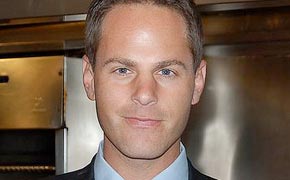 Seth Makowsky of the Makowsky Restaurant Group recently relocated to Los Angeles from Orlando. He specializes in restructuring, advancing and creating restaurant companies.

He is also a member of The Culinary Council for three square food bank in Las Vegas.

Along the way he’s been mentored by Robert Earl (Earl of Sandwich and Planet Hollywood) and Andrew Cherng (Panda Express with some 2,000 units.) He started his hospitality career with Coca-Cola in Atlanta and then moved on to Orlando.

Seth shares some valuable insights on what he does for multiple-unit restaurants. Catering can be a whole new profit center if managed correctly.