Pizza is a $30 billion dollar industry in the United States… 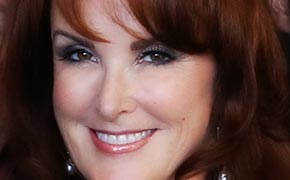 Back in 1988 fearless entrepreneur Patty Phillips was an early pioneer in the Gourmet Take & Bake pizza concept. All of that research and development led to a pizza dough that became really popular with local chefs. Patty’s Gourmet Pizza was established to serve that community and all these years later the Marina del Rey-based firm provides products for commercial clients in over 30 states.

Patty’s Pizza has worked rigorously to create a par (partially) baked frozen pizza formulation that does not require the heart of industrial level ovens, yet is still able to be frozen, topped, and used in a wide variety of applications. Ultimately, this has led to the development of a new line of pizza products designed to meet the diverse needs of Patty’s ever-growing client list.

The first prominent executive chef to endorse Patty’s Pizza was Roger Pigozzi (now at UCLA) who was then executive chef at The Biltmore Hotel in Downtown Los Angeles.