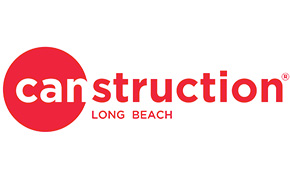 Four teams comprised of five prominent local architectural and engineering firms will transform thousands of cans of food into larger than life artistic masterpieces. The structures may be built up to 10’ x 10’ x 10’ and will be comprised of edible canned goods totaling over 7,000 lbs.

CANstruction was founded in 1992 to help promote the design community and raise food donations for hunger relief efforts. CANstruction events have been held in over 140 cities worldwide donating over 15 million pounds of canned foods to alleviate the concern of hunger and malnutrition.