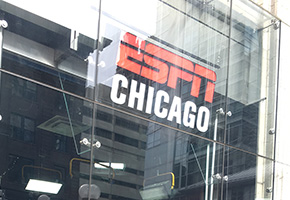 Program Note…Today, May 21st we’re broadcasting live from the studios of Chicago’s ESPN – WMVP-AM. We’re there to join in the celebration of Chef Andrew Gruel’s Trendsetter MenuMaster Award for Slapfish presented by Nation’s Restaurant News. The vibrant Chicago dining scene is well represented today in the show! Be sure to catch the special Chicago-focused podcasts!

Now a provocative peak at Saturday’s Windy City show of excess and not, with profuse apologies, for dieters. If we’re doing it right we will always leave you incredibly hungry and thirsty. In our case that’s actually a pretty good thing…

Chicago’s C Chicago in River North has been reconceptualized as Ocean Cut under the culinary leadership of Dirk Flanigan (ex-The Gage.) Guests can expect fresh fish flown in daily along with 100 percent USDA Prime, dry-aged steaks and a side of Chicago hospitality. Chicago’s Chef Dirk Flanigan is our guest.

Food & Beer is a newly published, 60-recipe book from an internationally acclaimed chef/brewer duo dedicated to elevating and pairing beer with high-end dining. The debut book by Danish gypsy brewer Jeppe Jarnit-Bjergsø of the bar Tørst, and Canadian chef Daniel Burns of the Michelin-starred restaurant Luksus—both in a shared space in Greenpoint, Brooklyn where they elevate beer to the level of wine in fine dining. Chef Burns is with us to tap the keg on this unusual reference book.

Chef Carrie Nahabedian is one of the quiet pillars of dining in Chicago. After departing her position as Executive Chef of the Four Seasons Hotel Los Angeles at Beverly Hills, Carrie Nahabedian returned to her native Chicago to open NAHA in 2000, which garnered her a James Beard Award and four consecutive Michelin stars. Chef Nahabedian joins us.

In Vietnamese, “AN” means “TO EAT,” a happy coincidence, since the An family has built an award-winning restaurant empire— including the renowned celebrity favorite Crustacean Beverly Hills. Helene An, executive chef and matriarch of the House of An, is hailed as the “mother of fusion.” Now her daughter Jacqueline tells the family story and shares her mother’s delicious and previously “secret” recipes in An: To Eat – Recipes and Stories from a Vietnamese Family Kitchen. Jacqueline An is here with the incredible story.

The Berghoff is a celebrated institution in Chicago and was inaugurated as aJames Beard America’s Classic establishment in 1999. It’s also prominently featured in the new book, James Beard’s All-American Eats – Recipes and Stories From Our Best-Loved Local Restaurants. Carlyn Berghoff, representing the fourth generation of proud Berghoff Family stewardship, is our guest.