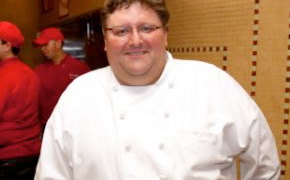 The 8th Annual Pechanga Microbrew & Craft Beer Festival and Chili Cook-off returns to the Pechanga Grand Ballroom on Saturday, June 11th. The “SoCal Restaurant Show” will be there broadcasting live from 10:00 a.m. to 12 Noon when the taps officially open. Pechanga’s Executive Chef, Duane Owen, is our guest. He’ll be chatting about the chili cook-off, a fiery annual competition among the talented Pechanga chefs.

In addition to sampling over 100 styles of craft beer guests have the opportunity to taste and savor nine varieties of house-prepared chili, fired up by the award-winning chefs at Pechanga Resort & Casino. It’s a yearly highlight.

In a spirited competition Chef Marlene will be defending her title on June 11th. Nine chef-created chilies are in the crowded field for consideration. The popular vote of the attendees determines the winner.

With 219 votes out of a total of 914 from 2015 Microbrew Festival attendees, Chef Moore, originally from Trinidad and Tobago, unseated Chef Damian Stanley (the Executive Sous Chef of Pechanga) who had held the chili throne for two years. Stanley received third place with 153 votes. Kelsey’s chef, Ronnel Capacia, came in a close second with 155 votes.

One secret ingredient is out…We know that Chef Ronnel’s chili creation for 2016 will use Golden Road Brewing’s Get Up Offa That Brown, a toasty brown ale, in the recipe.