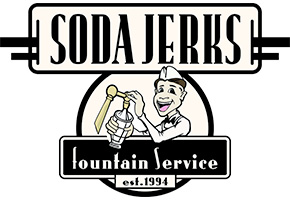 It’s the 100th anniversary on Sunday, June 12th of the opening of the Looff Hippodrome on the classic Santa Monica Pier. Since 2010 the familiar Carousel Building has been the home to Soda Jerk’s, an authentic, period soda fountain.

Proprietor Kevin McCafferty has created a limited-edition sweet-salty potato-chip sundae to commemorate the occasion. He’s full-scooping as our guest.

For foodies seeking a special dessert conceived from the opening era, this is a rare opportunity to indulge in a limited-edition sweet-salty potato-chip sundae inspired by Pier history and created by Kevin McCafferty, dessert historian and owner of Soda Jerk’s soda fountain. The Brass Ring Sundae is one scoop of salted caramel topped with caramel sauce, one scoop of vanilla ice cream with chocolate, all covered in crushed potato chips with a single chip (the brass ring) on top.

The Looff Hippodrome is on the National Register of Historic Places since 1987 and was declared a Santa Monica Landmark in 1976. “When it first opened, the sound of the band organ from the Carousel could be heard all the way to downtown Santa Monica,” explains Jim Harris, historian for the Santa Monica Pier Restoration Corp. and author of the acclaimed book, Santa Monica Pier – A Century on the Last Great Pleasure Pier. “In many ways, it was and remains the heart of the city and we are excited to celebrate Looff’s dream 100 years later. It is a testament to his great vision that the Hippodrome has withstood the test of time.”

100 years later, the Looff Hippodrome remains an example of timeless design and continues to stand as a testament to Looff’s vision. The 100-year celebration will take place on Sunday, June 12, 2016 from 11am – 7:00pm.