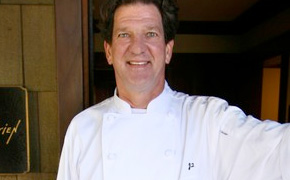 “The Art of Baja Wine & Beer Dinner” takers place at the newly renovated The Grill at the Lodge at Torrey Pines on Friday evening, July 15th. Baja’s Chef Drew Deckman (Deckman’s en el Mogor in the Valle de Guadalupe) has put together a four-course family style dinner highlighting traditional dishes and ingredients from this unique region, which will be prepared on the eye-popping outdoor rotisserie of The Grill (which just completed a spectacular $2.5 million renovation.)

For those who prefer hops to grapes, Eugenio Wendtlandt of Wendlandt Brewery, voted best Mexican Brewery 2015, will also be in attendance in addition to other craft beer selections from the Agua Mala region.

Baja’s Chef Drew Deckman is also coming to San Diego. He has a restaurant project on Bankers Hill set to debut in early 2017.

Executive Chef Jeff Jackson joins us with a preview.