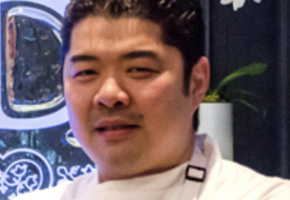 Richmond, British Columbia is an incorporated city of 210,000 residents just South of Vancouver. 65 per cent of the residents are Asian and half of that group is of Chinese ancestry. It’s known for having some of the most authentic regional Chinese cuisine outside of China.

The “SoCal Restaurant Show” was recently on assignment in Richmond B.C. Joining us to further delve into the vibrant Richmond food scene is Vancouver’s acclaimed Chef Alex Chen (ex-Beverly Hills Hotel.) Chef Chen is an enthusiastic resident of Richmond. He is currently the respected chef at Boulevard Kitchen and Oyster Bar in Vancouver.

Where does Chef Chen eat on his time away from Boulevard Kitchen? He particularly enjoys the Chinese street food in Richmond. Cantonese specialties are at the top of the list but he savors food discoveries from all eight principal culinary regions of China. They are all represented in Richmond.

We talk about some of his favorites including HK BBQ Master. Pass the tea, please…