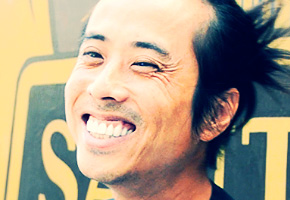 One of the pioneering food trucks in Orange County is the innovative Dos Chinos taco truck (Chef Hop Phan) which is a tasty fusion of Latin-Vietnamese fare. It’s also a permanent food stall at the 4th Street Market in Santa Ana.

Hop Phan’s newest concept is Sit Low Pho (Vietnamese) at the 4th Street Market. He’s planning something fresh for the upcoming Trade market hall in Irvine arriving before year’s end. It will have a captivating Hawaiian flair with a few twists.

“Southern California raised us on Asian and Latin food. It’s what were made of – every sinew is built on years of carne asada and Vietnamese pho…”