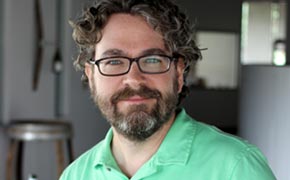 Coveted Gold Medals won by wines at our area County Fairs used to have a tremendous impact on wine sales. Now, this is much less the case. Our resident wine authority, Kyle Meyer of Wine Exchange, has his informed perspective.

“As we were drifting through a few reflective moments about where the wine world has been, and where it was going, a question arose. What ever happened to fairs? You know, pig contests, funnel cakes, and wine judgings. As we think back to the early days of Wine Exchange (such as it was), we remember what a big deal fair judgings and gold medals used to be in the scheme of wine marketing. A gold medal at a wine competition like the Orange County Fair, L.A. County Fair, Sonoma Harvest Fair, and the California State Fair were kind of a big deal. Now, not so much. What happened?”

“Well, history happened. Now mind you we speak from a fair bit of experience having been involved with the local fair for nearly a decade and part of a few judging panels as well. Over the years we have been on both sides of the do-these-competitions-matter debate, and can play both sides. But ‘back in the day’, the results of a major competition used to resonate throughout the industry. Now the effect is pretty short term and localized. Why? There are lots of reasons.”