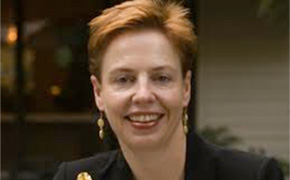 The Brennan Family represents the royalty of highly influential restaurateurs in New Orleans. The dynasty is led by the incomparable Miss Ella Brennan. She is a mother, chef mentor, and blunt-talking matriarch of the Brennan Family’s New Orleans empire whose flagship is the pioneering Commander’s Palace. Miss Ella and her daughter, Ti Adelaide Martin, have written her absorbing biography and, as expected, it’s a page-turner. Ti Martin joins us with a preview.

Ella Brennan, “Miss Ella,” changed the way America eats. At 18-years old, she went to work at her brother’s bar on Bourbon Street. The New Orleans dining scene had no idea what was about to hit it. Turns out it was one of America’s greatest business coaches, whose impact on the restaurant industry and Creole cuisine is evident across the nation today. Miss Ella of Commander’s Palace is the story of The Brennan Family’s beloved restaurant matriarch!

When Miss Ella and her family launched Commander’s Palace, it quickly became the city’s most popular restaurant, where famous chefs such as Paul Prudhomme, Emeril Lagasse, and James Beard Award winner Troy McPhail got their start.

Ti Adelaide Martin is the daughter of Ella Brennan. Raised in New Orleans, she has followed in her mother’s footsteps and is now co-proprietor of Commander’s Palace. She remembers her mother “always hosting these lavish parties at our house,” she recalls. “There were always lots of interesting people there from around the country, many from the culinary world.”