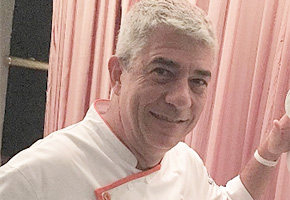 Puerto Vallarta is a welcoming visitor destination in the State of Jalisco in Mexico. This November 11th to 20th, 2016 marks the 22nd anniversary of the Festival Gourmet International in Puerto Vallarta. There is also a Café des Artistes in Los Cabos at the JW Marriott celebrating its 1st Anniversary. Chef Thierry’s other restaurant near Puerto Vallarta is Tuna Blanca in Punta de Mita. Festival Co-founder, Chef Thierry Blouet of Café des Artistes joins from Mexico us with the needed 411.

“Exclusivity, elegance and comfort of its many gourmet-chic environments distinguish the Café des Artistes, which for 25 years has earned the crown as the icon restaurant in Puerto Vallarta and Banderas Bay, Jalisco. It’s synonymous with tradition, art and distinction for local, national and foreign guests.”

The Gourmet Festival turns 22! In 1995 Thierry Blouet and Heinz Reize originated the idea of promoting and upgrading the culinary standards to competitive international levels by interacting with new methods and the creativity of highly qualified chefs.

The first Gourmet Festival took place in 1995 with the participation of six hotels and six independent restaurants. The original format remains unchanged; each one of the participant restaurants invites a celebrity in the culinary scene.

In 2000, Chef Roland Menetrey joined the team and since then the festival has been organized by the three musketeers.

In twenty-two years changes are seen in the growth and expansion of the Festival to the Riviera Nayarit and Tepic. Twenty-five, first – class hotels and restaurants will be participating this year.

To date, The Festival Gourmet International has hosted and pampered almost half a million gourmet fans, and five hundred chef-celebrities have visited. The Festival strives to improve every year.