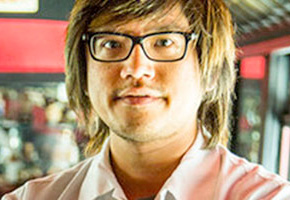 It’s the 50th Anniversary of Costa Mesa’s celebrated South Coast Plaza. Most of the restaurants there are doing something special to celebrate during the month of March.

It’s available exclusively for $5.50 at Wahoo’s SCP (2nd level of the Crate and Barrel / Macy’s Home Store Wing) for the month of March, only.

We’ve reeled in Chef Brian to provide the lip-smacking details.