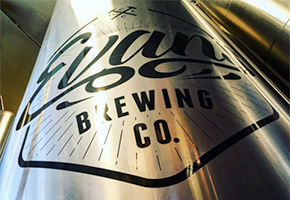 Evans Brewing Co. was formed in 2014 when it absorbed the assets of Bayhawk Ales, Inc., Orange County’s oldest operating microbrewery established in 1994 and then became publicly traded.

The production brewery (with new, enhanced equipment) is still based in an unusual space adjacent to McCormick & Schmick’s in Irvine where Bayhawk Ales was originally founded. The brewing process can be observed through floor-to-ceiling windows from the adjacent Pilsner Room at McCormick & Schmicks’s

The menu of elevated from-scratch pub fare was developed by executive chef, Amanda Platt and features dishes that pair well with the company’s craft ales & lagers. Brunch is served on Weekends from 10:00 a.m. to 3:00 p.m.

The COO and Founder of Evans Brewing Co., Evan Rapport, joins us with a cold one.